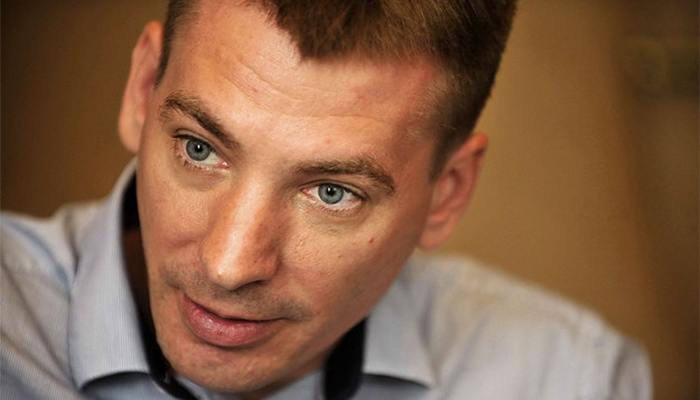 Jávor questions the existence of a government impact study on the construction of the two blocks at Paks, for which Russia will reportedly offer a credit line of up to EUR 10 billion. The agreement may also break European competition law, the MEP adds.

“Primarily I am suing over the impact assessment studies regarding the project, which the government has so far been reluctant to disclose, raising the suspicion that the project is completely ungrounded and prior assessment studies do not even exist. We have exhausted all of the options in Hungary, within and outside the Parliament, without any success,” Jávor told the Budapest Beacon.

According to Jávor, National Development Minister Miklós Seszták maintains that the impact study exists, “yet has so far failed to produce studies with concrete facts and numbers. All that has been handed out by the ministry is general information with no direct relevance to the project”.

Jávor’s case will also question the safety, transparency, legality and financial prudence of the agreement. “The EC can review the tendering failure, illegal state aid, the incident in 2003 when fuel cells were damaged at Paks and other issues. We think the planned investment today is not feasible within the European regulatory environment, as it obviously distorts the internal energy market.”

Jávor noted that “the Hungarian government is not planning to incorporate investment costs into energy prices. The Treaty on the Functioning of the European Union also requires member states to stabilize their finances and to reduce government deficits during economically advantageous periods. Committing to a EUR 10 billion state loan clearly endangers this commitment.”

The government special commissioner for Paks, Attila Aszódi, paints a far more glowing picture of the nuclear power plant extension, however. “Everyone is really content and happy around the plant,” he told ATV. With the government line seemingly that transparency can be retroactive too, Aszódi explained that “Hungary is drafting three agreements in preparation for discussions with Rosatom executives: on the planning, construction and launch of the new blocks, the delivery and disposal of nuclear fuel, and the operation and upkeep of the blocks.”

Whatever the ultimate motivation for the Paks deal, whether to plug a budget hole, as former economy minister Lajos Bokros claims, or to secure Hungary’s energy future, the deal has been shrouded in secrecy from the get-go. MP of the centrist, green party LMP Bernadett Szél said: “The purpose of [Prime Minister] Viktor Orban’s January trip to Moscow was concealed and lied about until the contracts with [Russian President Vladimir] Putin were already signed. What we know about the enlargement project we learnt from the Russian press.”

Szél told the Budapest Beacon that the government plan represents exemplary, short-sighted  Fidesz cronyism. “This is a highly lucrative project through which the government will be able to pump funds to a network of politically loyal contractors, which in turn will help them to strengthen their grip on power in Hungary, in economic and political terms. This is not the first instance of Orbán-led governments resorting to major cash injections to help them either balance their books or finance loyal entrepreneurs: the seizure of Hungary’s private pension funds is a prime example for the former, while most state-funded projects can be mentioned as instances for the latter.”

Szél has less faith in EU legal institutions than her former LMP colleague Jávor, however. “Although I support every action aimed at reversing the decision to increase Hungary’s nuclear capacity, I believe we should all focus our efforts on acting on domestic fronts rather than call for international help, the efficacy of which remains highly questionable,” she said. “The government is making every effort not to leave any loose ends with either Brussels or Moscow, with high-ranking officials frequently traveling to both destinations for talks. Sadly, it is the Hungarian people who they do not deem necessary to keep in the loop.”

Jávor maintains that Europe now represents the best avenue for the opposition, and dismisses Aszódi’s claims that there have been “intense communication”, “public hearings” and “plentiful information” regarding Paks. The MEP says “to my knowledge there was one public hearing regarding the plant enlargement but the crucial questions remained unanswered. (Other hearings) were only held for potential sub-contractors about the prospective jobs concerning the enlargement project, not to inform the public about Paks II itself: let alone to allow them to have their say on whether or not they want new nuclear capacities.

“In the spring I personally went to a hearing on the licensing process for the site: the power plant representatives and authority officials did not respond to a single substantive issue, the most common response was ‘that is not relevant at this stage’ or ‘the requested information is not public’. For example, they refused to respond to how the placement of new units will take into account the fact that in summer there is already insufficient water from the Danube for the existing four units for shortages in cooling water. In their view, this issue is not related to the licensing of the site.”

Szél also rejected Aszódi’s recent assertion that “there (have been) public hearings, accessible to all, where we provide all the necessary information”. These claims are “quite simply preposterous”, according to her. “ I had to go to court to demand that the Hungarian authorities and the project management company release the information about Paks II, information that the public has every right to know,” she recalled.

Jávor said “neither the government, parliament or the authorities are willing to do anything to provide a clear view on these issues and to ensure the wider public that this is a well-founded investment that is advantageous to the Hungarian people. When the Kúria declared a referendum on Paks unconstitutional, we turned to the EC,” he added.

“We still do not know, for instance, the consequences of the 2003 Paks nuclear incident, and how much the incident cost. This information was not revealed either during an EP delegation visit last fall to Paks. We do not know whether Hungary needs the electricity from the new blocks in Paks. We do not know on what basis Rosatom has been selected, and the political commitments that were made by the Hungarian government to Putin for this investment. We know nothing except for the fact that there has been no economic calculation prior to the commitment of the Hungarian government.”

Aszódi is laconic on the costs of the Paks expansion: “Expense is relative. This deal will be cheaper than any viable alternative. It is not about reforming the whole system, just maintaining capacity. By 2032 Paks will be over 50 years old, so by then the new reactors will have been replaced. Technology moves fast,” he said, adding by way of example, “if I buy a tablet today, in two weeks it will be out of date.”

Many would argue that the rapid technological changes of our age are an argument for keeping our energy options open, rather than for signing long-term energy deals with foreign firms. “The cost estimates of the electricity produced by the new Paks unit have not been published, and according to the calculations of Aszódi will be around three times the open market price of today during the loan repayment period,” said Jávor.

According to Aszódi, “atomic energy means a one-off payment but after that it is cheaper. It will be cheaper than previous atomic energy and cheaper than renewable energy. I don’t like this opposition to nuclear power. (Energy sources) should be complementary,” he claimed.

Jávor questioned the sincerity and neutrality of Aszódi’s call for energy diversity, saying he is paid to promote the nuclear agenda and discredit alternative energy. Responding to his claims that there has been “intense communication” on Paks, Jávor said “Aszódi knows all about ‘intense communication’, since he presides over the Budapest Technical University’s Nuclear Technology Institute, which has had a number of contracts with Paks. These include, as far as we know, an advisory role on how to publicly discredit the arguments of anti-nuclear environmentalists.

“The media pours unilateral nuclear pro-arguments, while public broadcasters completely neglect the other side. For example state radio recorded an interview in which a professor discussed  nuclear-free alternatives on its environmental show but was suppressed immediately before going to air. Information is really abundant but solely focuses on the perceived benefits of nuclear energy.” Meanwhile, Jávor said, “the state-owned energy firm MVM (which runs Paks), spends billions of forint on pro-nuclear PR and tours Hungary’s summer festivals and youth camps with its ‘nuclear trucks’.”

As for the country those youths will inherit, Szél said “Paks will serve as a major and definitive hindrance to all non-nuclear energy prospects in Hungarian energy policy for a century to come.”

Referenced in this article: