Given the recent developments in the Paks-case, the hearing on the planned nuclear power plants at Paks – jointly hosted by Benedek Jávor and Rebecca Harms – was given a special emphasis.

Ms. Harms started by reminding the audience that just as we have passed the fourth anniversary of the Fukushima accident, we are nearing to the 29th of the Chernobyl disaster. She also expressed her concern over the incident at the Paks power plant in 2003 and enlisted some of the serious risks of the aftermath of the incident, such as the shipment of hazardous waste via the conflict-heavy Ukraine. In her introduction she urged the European Commission to respond.

In his opening speech, Mr. Benedek Jávor started by recalling that the EURATOM Supply Agency has just recently taken a negative decision on the fuel supply contract. Mr. Jávor warned that since the Hungarian Government has not engaged in a proper dialogue with the EU institutions, including EURATOM, now it has to restart negotiations; therefore, the Russian partner’s involvement in the project might easily become uncertain due to the conditions on fuel supply diversification. Meanwhile, during his visit to Budapest, President Vladimir Putin made no secret of his commitment to carry out the project despite the changed economic conditions. Mr. Jávor emphasized that beyond the obvious environmental dangers, there are serious political and economic risks that cannot be properly assessed due to the lack of public debate and the classification of all the relevant documents. He also reminded that in the context of the debate on European Energy Security Strategy so far, gas supply has been in the centre of attention while nuclear investments carry the same risks despite the multiple forms of dependence it creates. The dependence is not only financial and technological, but also on the fuel cycle. 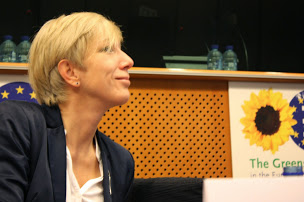 Ms. Ada Ámon, director of Energiaklub, explained that the problem with Paks2 is Paks2 itself. Today the 4 block at Paks have a generation capacity of 2000 MWs. This would be more than doubled by the new nuclear power plant to 4400 MWs. The cost of the total investment, she continued, is 12.5 billion Euros, which is 20% of the Hungarian yearly budget with 10 billion coming from the Russians, the rest from state budget. This will lead to a substantial increase in energy production in Hungary, which, given the long term trends in energy consumption, would barely leave any room for other types of energy on the national market. From among the problems raised by the project, Ms. Ámon emphasized the lack of transparency and public debate, which highly increases the likeliness of corruption. Furthermore, we are facing a case of potential illegal state aid, the exclusion of experts from the decision making process, the lack of an alternative energy-scenario, and the centralization of the country’s energy supplies. All the above mentioned go against EU objectives. She also emphasized the lack of tendering, calling it the sign of the government’s indifference towards market efficiency. In addition, there is a persistent threat of increasing national debt by 5-8%. According to Ms. Ámon Paks2 will never be built, because it does not serve either interest of the Hungarian public or the European Union. 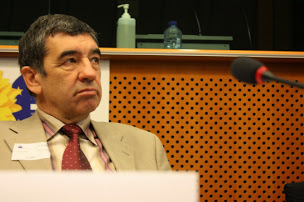 Professor Stephen Thomas from the University of Greenwich presented a comparison of the British Hinkley Point C and the Paks power plants. Beyond the many similarities, including the lack of tendering and the probability that tax-payers will suffer the consequences if the plan goes wrong, there is a difference in the ability to withdraw from carrying out the project: while in the UK this possibility can still be considered, the situation in Hungary is not so straightforward. Another difference lies between the economic situations of the two countries: Hungary is much more prone to go bankrupt after building two new power plants, whereas the UK would most likely not suffer such harsh consequences. The risks are also higher in the case of Paks, because there is a possibility that the new power plants will not yet be operational by 2026, the year when the government will have to start paying back the loan. In addition, the question of the inclusion of the overnight costs in the price also differs in the two cases: these costs are clearly included in the prices of the Hinkley Point power plants; as to Paks, the status of the cited price is not obvious. An important similarity, though, is the classification of data, hence the lack of public discourse. There is also quite a great deal of uncertainty surrounding the affordability of the Paks plants: the Russians, said Mr. Stephenson, cannot even afford plants in their own country; it is highly questionable, therefore, how they would be able to pull through with the Paks investment. 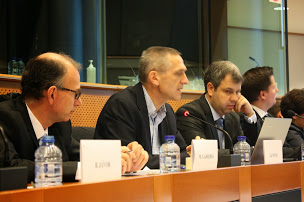 Dr. Todor Galev, researcher at the Center for the Study of Democracy in Bulgaria, explains how the consequences of the Ukrainian crisis have had a major impact on dealing with the question of energy dependency. Mr. Galev expressed his concerns over how Bulgarian politics are penetrated by Russian influence, meanwhile suspicions circulate that certain Bulgarian political parties are financed by Russia. He urged measures to be taken in connection with the formation of a regional cooperation, saying that without such a joint action, no country can protect itself from Russian influence.

Dr. István János Tóth, researcher at the Hungarian Academy of Sciences and the Corruption Research Centre in Budapest, described the nature of corruption within Hungary’s energy sector, where the lack of transparency is more typical than in any other sector. With regard to the Paks2 project, he described the so-called “white elephant syndrome”, i.e. the lack of an actual objective, where corruption itself is the goal. Based on statistical evidence, he said that the Paks2 project will be loss-making. He presented a comparison of 75 projects carried out between the years of 1966 and 1977, which pointed out that the price of nuclear power plant investments were the double or even the triple of their original price in addition to the fact that the time of their construction also typically expanded. 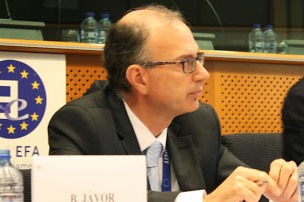 On behalf of the European Commission, Mr. Massimo Garribba from DG Energy emphasized two major elements in connection with EU regulations since the Fukushima accident: firstly, the so-called stress tests and secondly the improvement of the legislative framework. He reminded, however, that nuclear energy is an important element of the EU energy mix. He enlisted the different aspects under the EU’s scrutiny of the project. First, he confirmed that negotiations about the fuel supply contract have restarted. He also confirmed that both DG COMP and DG GROW are instigating the project. In addition, he expressed the Commission’s commitment to reach an increased transparency in nuclear issues and called on the Hungarian government to declassify as many documents as possible.

The question of illegal state aid recurred during the question panel as well. Professor Thomas explained that at this stage there is no way of knowing whether there is state aid involved, because the documents are made secret; however, he said, it is clear that public money is involved, since the company responsible for carrying out the project is itself state-owned. His stance was seconded by Mr. Garribba, who said that some clarifications are required in order to know more. The debate on this issue tied in with, Mr. Garribba’s stance that the Commission aims towards requesting as much transparency as possible.

The topic of the lack of a public debate over the Paks decisions was given a twist as Dr. Attila Aszódi, responsible government official for the construction of the new Paks power plants, gave his remarks on the issues discussed at the hearing. He began by expressing his disappointment that no one from the Hungarian authorities had been invited to tell their side of the story. Mr. Jávor later responded to this remark saying he had no intention of creating an inconvenient situation in which a governmental official was asked questions he is legally bound not to answer, as the documents on Paks2 are classified. However, he expressed his appreciation for Mr. Aszódi’s participation in the hearing, saying this way at least a debate can finally evolve.

Mr. Aszódi also explained that one third of Hungary’s electricity is imported and it mainly consists of coal-based technologies. “We strongly believe that this isn’t sustainable,” he said, “we need energy sources not relying on coal.” 40% of Hungary’s electricity should come form from nuclear energy in the long run according to the energy mix chosen for long term by the Hungarian government, he explained. He also pointed out that the country would be much more able to use green energy if it had high mountains, like the Alps; however, Hungary is flatland and as such, its energy policy is determined by limited possibilities.

In response to Mr. Tóth’s presentation and other remarks on non-transparency, Mr. Aszódi rejected claims that the Paks project was in any way corrupt, as corruption, he said, is a crime. He urged the speakers to initiate a legal procedure if they suspected corruption. He also warned Mr. Tóth not to mix the concept of corruption risk with nuclear safety. He stated that the 12,5 billion euros is the total cost of the project with all inflation and other risks included.

Mr. Jávor provided Mr. Aszódi with the conclusions of a recent study that found that there had not been any investigations initiated on corruption cases by the Public Prosecutor’s Office in the last 5 years. He also called Mr. Aszódi’s attention to the fact that there were a number of occasions when he filed reports on corruption with documents and evidence to the public prosecutor, however, without any effect. He also mentioned, that the total cost cannot be 12,5 billion euros, because the interest is around 11 billion to begin with, so the total cost (overnight+capital costs together) of the project should be over 20 billion euros.

Ms. Harms also reacted to Mr. Aszódi’s comments telling about her visit to Paks in 2013, when her aim was to find out more about the project; however, as she said referring to the problem of secrecy and non-transparency, during her visit she found out more about the gardening around the plants than the actual project itself. Should she be invited to Paks this time to have a more elaborate view, she would be more than happy to come, she said.