Couple of days ago, members of the Green group showed their support for protesters against fracking in Lancashire.

As known, Cuadrilla, a shale gas company has applied to drill wells in two locations in Lancashire, which besides causing a massive increase in noise and leading to higher traffic would also mean a potential threat to public health by causing air and water pollution. While the British government shows full support for the drilling project, protests against it have also ensued and now might result in some success: the county’s council officers also raised their concerns about the increase in noise and traffic, which might lead to the refusal of the project. 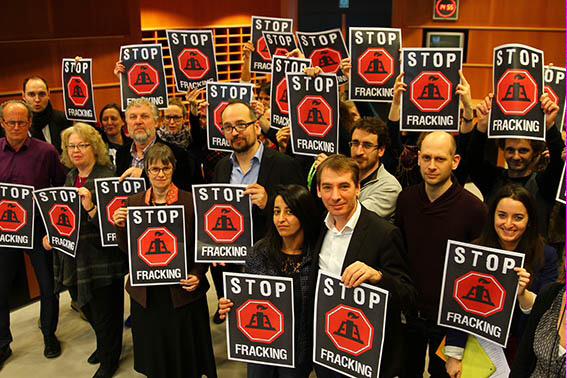